Dr. Michael J. Niederkorn
Dr. Niederkorn  graduated from DePaul University in 1992 after receiving his bachelors degree in Biology, with a minor in Chemistry. He attended the University of Houston College of Optometry and obtained his Doctor of Optometry degree in 1996. Shortly thereafter, Dr. Niederkorn received his therapeutic license and Optometric Glaucoma Specialist certification.  He has practiced therapeutic optometry in the North Dallas area since 1996. Dr. Niederkorn welcomes and treats patients of all ages, and is experienced with the latest contact lens technology and medical management.  He is married to his wife Sherry, and has an 13 year old daughter named Casey, and a 7 year old daughter named Cassidy.  Dr. Niederkorn enjoys playing guitar, warm weather, family and friends.
Dr. Colleen Lenz
Originally from Northeast Ohio, Dr. Lenz earned her bachelors degree in Biology from Grove City College in Pennsylvania in 1995.  In 1999, she received her Doctor of Optometry degree from The Ohio State University College of Optometry.  She practiced in Mentor and Akron, Ohio before moving to Allen, Texas with her husband in 2009.  When not playing with her crazy cat Zoe, she enjoys traveling, reading, and singing with the Allen Symphony Chorus.
Our   Optometrists
1 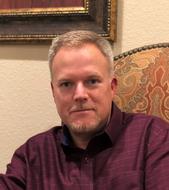